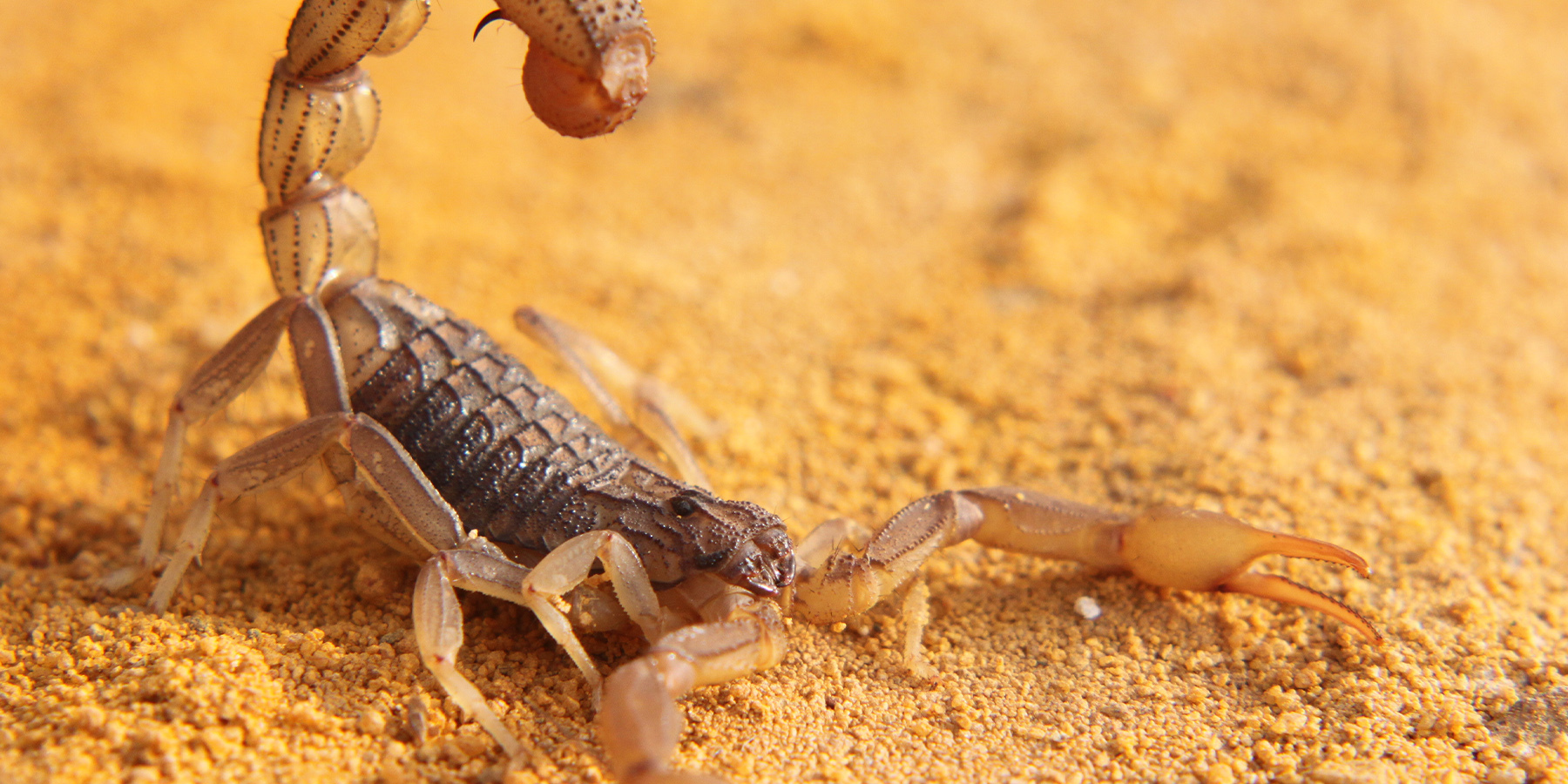 by
This is some text inside of a div block.

All kinds of pests can invade a home.

Among the most common culprits are ants, cockroaches, mosquitoes, spiders, and termites. In the non-insect category, you also need to worry about rodents.

Most homeowners already know plenty about the threats posed by those pests, but they are not the only ones you need to watch out for.

Every now and then, scorpions may also start making their way to your place of residence. With that in mind, now is as good a time as any to learn more about these mysterious creatures.

Scorpions are known as arachnids, and according to National Geographic, they are relatives of other well-known household pests, including spiders and ticks.

What’s so remarkable about scorpions is the fact that they are incredibly resilient. They can live anywhere. Scorpions can survive in scorching hot desert locales, places known for cold weather, and even moist environments.

Don’t be surprised if you find them lurking around Texas. You can also see them prowling around cities such as McKinney, Plano, and the Dallas-Fort Worth Metropolitan area.

The only thing a scorpion needs to make it to the next day is some soil to hide in.

When it comes to food, scorpions mainly feed on insects, but they can get by even without food for a long time. Thanks to their ability to slow down their metabolism, they can go for days, weeks, and even months without a new insect to munch on.

Why Do Scorpions Enter Homes?

Considering that scorpions possess the ability to survive about anywhere, you may be wondering why some of them bother to enter homes. Like people, scorpions typically move because they’re looking for a new home that is better suited to their needs.

Often, scorpions change habitats because they’ve found a new place where food is easier to come by. They may spot your lawn or garden and try their luck there.

Once they’ve gotten closer to your home, they may also take the time to look inside and see if any insects are running around. If they find a steady supply of insects to gorge on, there’s a good chance they will be hanging around for a while.

How Dangerous Are Scorpions?

Scorpions are not the most well-known creatures prowling on the ground. Still, a lot of people are at least vaguely familiar with them because of one reason, and that’s their ability to sting.

Movies and TV shows have conditioned a lot of us to be fearful of scorpions, but are they worth worrying about?

In many cases, no, scorpions aren’t that threatening. Sure, they can indeed sting people nearby, but if you’re a healthy adult, you should survive their deadliest strike.

According to the Mayo Clinic, healthy adults stung by scorpions may experience some pain, numbness, tingling, and swelling, but that’s pretty much it. Most healthy adults don’t even need treatment for a scorpion sting.

However, certain individuals are more vulnerable to scorpion stings.

For instance, if you’ve already been stung by a scorpion in the past, another occurrence could lead to a severe allergic reaction that can be life-threatening if it’s not treated right away.

Kids and older people are also more vulnerable to scorpion stings. Left unaddressed, a scorpion sting could cause heart or respiratory failure in kids and senior citizens.

Scorpions may not be as dangerous, as movies and TV shows portray them to be but make no mistake, these pests can still cause real harm under the right circumstances.

How Do You Keep Your Home Free from Scorpions?

After developing a better understanding of what scorpions can do, you may now be wondering how you can keep them away from your home.

For starters, you can remove any potential hiding places for scorpions.

To do so, you should remove any scattered rocks or larger pieces of wood around your yard. It’s also a good idea to inspect containers as scorpions may take up temporary residence in them. While it’s unpleasant to think about, the scorpions may have already infiltrated your home, so take the time to check out closets and cabinets too.

You should check for any overhanging tree branches that can serve as a walkway for scorpions to get into your home. If you find any, remove them.

We also urge homeowners to seal cracks or small openings along with doors and walls because scorpions can squeeze into those to enter your home.

Should You Call for Professional Pest Control to Get Rid of Scorpions?

By following the tips mentioned above, you should make it harder for scorpions to enter your home, but your safety is not guaranteed yet. Since scorpions are nocturnal creatures, you may not have found them during your searches around your home.

This is where professionals can supply valuable assistance.

Professional exterminators can force out any scorpions that may be hiding inside your home. They can bait them into coming out and extract them from your home.

In addition to removing the scorpions that have already managed to infiltrate your home, the best exterminators will also prevent any more scorpions from getting inside.

The exterminators of Romex Pest Control create a 10-foot barrier around your home to keep the scorpions out.

Once they’re certain that your home is free of scorpions, they will turn their attention to your immediate surroundings. If they find any spots that look like they could work as hiding spots, they will remove those as well.

People can do their part to keep their homes scorpion-free, but if they want the best results, calling on the professionals for regular treatment is a must.

Scorpions are unconventional pests because they don’t get into your food supply or damage your home. Instead, the threat they pose is to your health, which makes them even scarier.

Rely on the professionals to address your scorpion problem so that you can rest easy inside your home. For residents of McKinney, Plano, and the Dallas-Fort Worth area, Romex Pest Control can handle your scorpion-related problems.

Call us now or join our email list for our latest deals! Email subscribers get exclusive access to our biggest discounts!

Thank you! Your submission has been received!
Oops! Something went wrong while submitting the form.
Dismiss